Anyone who’s in the public eye knows the probability of being misjudged for a simple slip of the tongue or expressing an unpopular opinion. Having strength of character and being ethical are essentials when we throw our hat into the political arena or volunteer to serve the public.

In small towns especially, newcomers learn a hard lesson if they innocently comment about Mr. or Mrs. Anyone to a colleague or attendee at a public function. Familial relationships are complicated and close; gossip spreads like wildfire, so zipped lips will keep you out of hot water. At the boardroom table, where confidentiality is presumed, don’t count on it. There may be someone who wants to make themselves feel important – so inevitably a juicy fact or private detail is leaked.

At this particular time of year, the Classifieds section of local newspapers are peppered with calls for volunteers to join the Board of Directors for various groups who require governance as part of their Charter mandate. Stepping forward is not a trivial decision—there are legalities and liabilities to be clearly understood.

Being “sworn in” as a Director is not trivial. The work at hand will require commitment, homework is required to establish a clear understanding of the issues on the table at the meeting, and the courage to make your voice heard when the naiveté of others clouds clear thinking. At risk of appearing contrary either in discussion or when a vote is called by a show of hands, stand tall and take pride in not being a “yes” man.
Posted by muskokarondeau at 8:25 AM No comments:

Last Sunday I was reading both in the newspaper and online, the gushes of remembrance about Father’s Day. Pictures were viewed and faded memories renewed, a time of fond reminiscences for many.

It’s been said that a woman should wisely observe how their lover’s father treats his wife – supposedly an insight into probability of their own experience ahead.
Sometimes a long-suffering wife tries hard to keep the atmosphere at home smoothed over and on an even keel. Little girls, since grown up, should ideally be able to recall happy times when daddy dandled her on his knee or ruffled her curls. 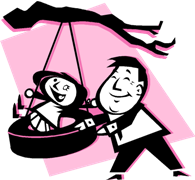 My own father clearly loved his three children. We each had different relationships of course and are lucky to have wryly amusing thoughts and reminders of him in our adult lives. I have to think hard about the number of years since my father died; it feels distant. Some days I miss being able to bounce around an idea or ask for his opinion—he was always both decisive and direct in his reply.

Our Dads are the hero figure we all want to look up to and revere. When little boys grow to manhood and often fatherhood, they strive for greatness too. Acknowledgement is intrinsic, affection and respect are reciprocal, and acceptance should be heartfelt, not perfunctory. Rifts and estrangements are numerous; if your Dad is alive and you know how to contact him, it’s not too late. Reach out and let him know, with kindness, that you thought of him on Father’s Day. Patching up relationships is a hard decision, but you’ll be happy with yourself if you at least take that first step. Next year you too may only have a memory.

Posted by muskokarondeau at 7:55 PM No comments:

Email ThisBlogThis!Share to TwitterShare to FacebookShare to Pinterest
Labels: advice

The hoopla and exhortations of provincial election candidates and their platforms will draw to a close on June 14th. There is no cause celebre that catches our eye though—too many people don’t think it’s worthwhile to cast their ballot.

Recognize the possibility that your vote can be a deciding factor! If the results in your polls demand a recount it could be just one or two ballots that effect a game changing result.

Young women whose name is on the Voter’s List for the first time may not realize how essential it is to make your opinion count. A century has not passed since women in Canada were given the right to vote – now it’s both a right and a privilege. Don’t scoff it off or swagger that the results don’t affect you – fulfill your responsibility as an adult and be proud of it. 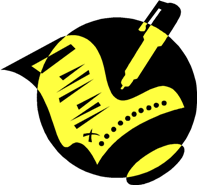 Advance polling stations are closed at this time – and the polling clerks have seen a good turnout. Men and women who’ve already seen it all still make it a priority to respond. I watched yesterday as an elderly and frail man inched up the stairs and was carefully escorted to present his Notice and show identification. He then was accompanied by his wife to assist in marking his choice, eyesight obviously not quite adequate and his hand a bit unsteady.


Take time from your busy schedule to make your vote count by marking your X.
Posted by muskokarondeau at 9:14 AM No comments:

Email ThisBlogThis!Share to TwitterShare to FacebookShare to Pinterest
Labels: advice

We’ve all heard the expression “when the cat’s away the mice will play”. What should a neighbour do when Mom’s out of town and the mice are partying?

Noise level on Night 1 wasn’t intolerable. Too many cars were parked for a small property, and more young men arriving on foot. Golf clubs and beer, one boy on his hands and knees while his chum encourages the driver to “back up, fast” as his hand was under the wheel – either reaching for a fallen object or supporting himself from collapsing. Boy regains footing, car leaves 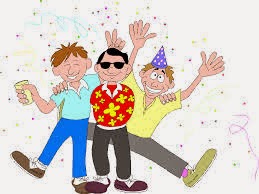 Night 2 was rowdier – even someone skateboarding up the hill.  Only one car in and out. Girls in the window. A cab came at around 2:00 a.m. and some wrangling to get everyone out of the house. The tipsy skateboarder careened into the night, downhill all the way.

A broken planter, and draperies askew, underage guzzling. I never called out or snitched, what would you do?

I’d love your opinion please!
Posted by muskokarondeau at 8:07 PM No comments:

I had a telephone call recently, early in the evening, from someone I had spoken with earlier that day. Readily recognizable by Call Display first, and voice of course, the hairs on my neck bristled. Quelled panic, the flat edges of concern, and concise enunciation…Moments later I was out the door and on my way to help the caller in need.

It’s amazing how our involuntary reflexes sure to the fore, examples of which are a person’s amazing strength when another may be pinned under a vehicle or other weight. An adrenalin rush that’s inexplicable. Good Samaritan efforts by passersby when it’s clear immediate help is needed. The fight-or-flight response of reflexes contributes to “being calm in a crisis, then letting go after it’s ended” – a good cry, trembling and sometimes nausea or lightheadedness. 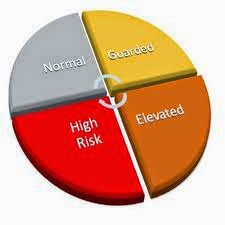 Several years ago while vacationing I was aboard a catamaran when the captain alerted to fellow mariners in distress. A personal watercraft had capsized and all that was visible was the snout bobbing above the surface. Clinging desperately to it were the driver and passenger, one of whom could not swim and was paralysed with fear. Two crewmen from our vessel dove into the water and swam to the rescue – literally prying his hands off the nosecone. Once aboard they were all rewarded with a tot of rum, hard-earned, and the sobbing man shivered despite the blanket thrown around his shoulders on a tropical day!

When we’re abed and in a deep sleep, roused by the ringing of the telephone in the still of the night, our reflexes bound us upright and on instant alert. Unless it is mistakenly a wrongly-dialled number intuition acutely messages to our conscious and now wide-awake self what We Already Know…

Posted by muskokarondeau at 7:23 PM No comments:

No Growling or Whimpering…

Every employee, no matter where on the planet, ranks as a minion the hands of those who supervise ineptly.

My first job, at a large company, included nearly 100 other willing and capable computer input clerks who stoically drudged daily under the eagle eye of a relentless supervisor. We would cringe if she approached and apprehensive of both her bark and bite; hers was a fearsome presence! 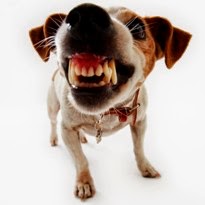 Quality control was and is the intention, and rightly so; however, bully boy tactics are still prevalent. In customer service industries, the front desk receptionist is the first introduction to the company. Dress codes may be included in the policies and procedures manuals, sometimes necessarily enforced on the disrespectful or thoughtless. Most front line workers recognize the importance of both deportment and pleasantries and are an asset to their employer.

Regardless of the role people represent, everyone has goals they want to eventually achieve. Persistent good performance and excellent behaviour sometimes earns a salary increase and/or new opportunity to step up the ladder.
Lip service paid to a wannabe is sometimes a foil by more senior staff to patronize their ambition, without intention of ever enabling that person to move forward in their aspirations.

It’s a sad state of affairs when someone’s sunny smile and goodwill to their employer is dashed in the blink of an eye. Collusion to favour someone less worthy sometimes may eventually contribute to the downfall of the bully whose own thought was self-aggrandizement…hence the proverbial “Wait till the real boss finds out”!

I think one of the reasons that the T-V series Undercover Boss is so appealing is that the real people who count can identify and reward the underdog who is true to the company without growling or whimpering.
Posted by muskokarondeau at 6:36 AM No comments:

With spring in the offing and snow visibly dissipating, the soft breezes of inspiration give us a sense of optimism for the real estate rush long overdue. In cottage country areas where roads have been impassable and, in Muskoka, there was a recorded snowfall of 20-feet+/-; REALTORS® sense a pent-up demand for cottage ownership.

Custom builders often have waterfront cottages already open for viewing – staffed by a host or hostess. There will be a selection of pamphlets, colour brochures and maps to pore over – it’s the stuff of dreams!  Don’t be shy about enabling a relationship, if you wish to receive newsletters or e-mails it will add to your foundation-building storehouse of knowledge which is the base for decision making.

A couple who have just stopped in to the luxury cottage where we’re open for business was thrilled that their anticipation of a friendly and knowledgeable welcome was fulfilled. A noisy blue jay, glittering snow and sun on the flowing water enhanced the pleasure. 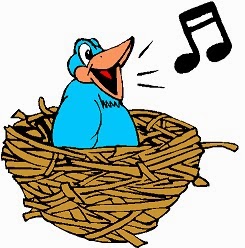 The annual Cottage Life Show in Toronto is this weekend. There’s info and ideas aplenty there, check it out!

Whether you’re a Buyer, a prospective Seller, a REALTOR® or a builder; this time of year is when everyone’s getting prepped.
Posted by muskokarondeau at 10:30 AM No comments:

muskokarondeau
Bracebridge, ON, Canada
I have recently retired from the real estate industry and want to share my know-how with you! Throughout my career my contagious enthusiasm was apparent and I earned a reputation for "Making the pathway pleasant and smooth for my clients". My business reputation as a real estate salesperson was earned with consistent client care, dedication and a branding/marketing process you can adapt for your own purposes. I can help you make qualified decisions to help you STAND UP/STAND OUT! in your business.